The annual celebration of arts and culture takes place throughout the month of June in New York City. The Annual Russian Heritage Month® is the only event of its kind in the U.S. and every year attracts large audiences to enjoy diverse cultural events, such as contemporary and folk music, dance performances, art exhibitions, public festivals, health and sports fairs, business expos, and more.

The Annual Russian Heritage Month® was established by the Russian American Foundation in collaboration with The City of New York, Mayor Michael R. Bloomberg. The festival began as a week-long series of events, celebrating cultural and economic contributions of the Russian-speaking community of New York. Over the years, the international Russian-speaking community has become a vital part of the celebration by participating in events and attending as special guests from the art, fashion, and business worlds. RAF is honored to partner with the New York Post in presenting the Annual Russian Heritage Month® from 2012.

Over the past 17 years the Annual Russian Heritage Month® has grown into an internationally recognized month-long celebration dedicated to promoting cross-community awareness, as well as a valuable local, national and international dialogue between peoples and cultures.

Presented as part of the Annual Russian Heritage Month®, the Russian Heritage Festival® continues the exciting tradition of celebrating the legacy and achievements of the First, Second and Third Waves of the Russian-speaking émigrés from former Soviet Republics to the United States through a variety of open to public cultural events – concerts, exhibitions, literature events and film screenings. While finding new home overseas, those generations of Russian-Americans kept deep ties with their home country and put forth tireless efforts to preserve their heritage and cultural identity.

“In the United States we are Americans first but take equal pride in our individual and community heritage. And groups that tie those of common heritage together will inevitably strengthen our society at large.”                               – Shai Baitel, “Proud Community, Proud Americans”, Huffington Post, 11/22/2014

back to the top 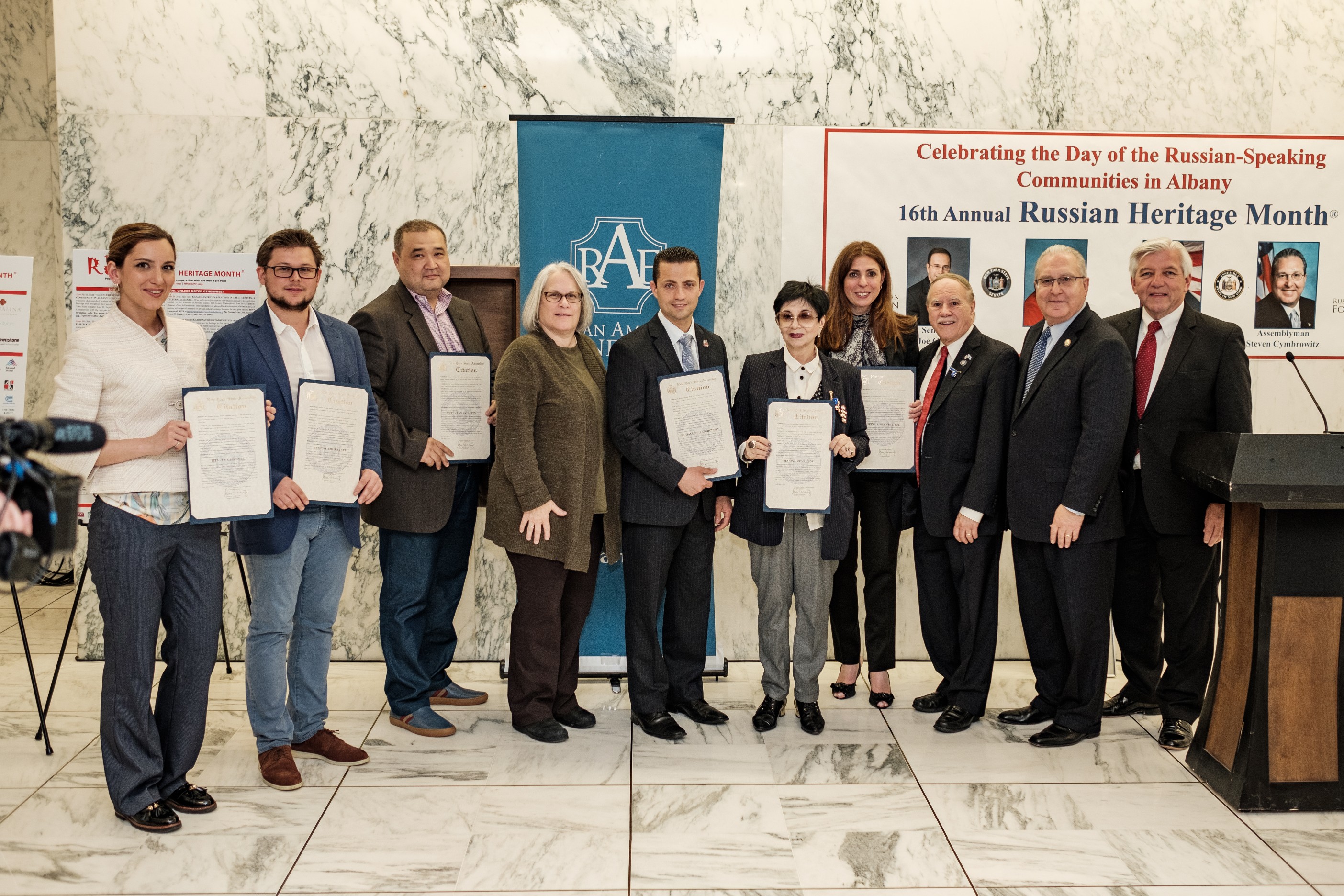 On June 14, 2017 Russian American Foundation, Inc. was honored with a reception at the historical Gracie Mansion, generously hosted by the Mayor of the City of New York Bill de Blasio and the First Lady Chirlane McCray.

AMBASSADOR IDO AHARONI
CONSUL GENERAL OF ISRAEL IN NEW YORK
for his extensive efforts in preserving the cultural and historical heritage of Israel, promoting the ingenuity and creative spirit of the Israel people, supporting of the achievements of the Russian-Jewish population in the United States, and for his most distinguished diplomatic career

ANTHONY MELIKHOV
PHILANTHROPIST
FOUNDER, UNITE4:GOOD
for prompting charitable giving and acts of kindness on an international scale through the innovative social movement unite4:good, and for inspiring people across the globe to work side by side for the betterment of their communities

GEORGE WHITE
FOUNDER, THE EUGENE O’NEILL THEATER CENTER
for his inspiring dedication to spreading cultural exchange efforts and promoting positive dialog between the cultures and peoples of the United States and Russia, and for his lifelong contributions to the art of theater and theater education

KINGS BAY Y
for striving to unify diverse communities, and for creating long-lasting relationships between individuals and families of all ages and ethnic, religious, and cultural backgrounds 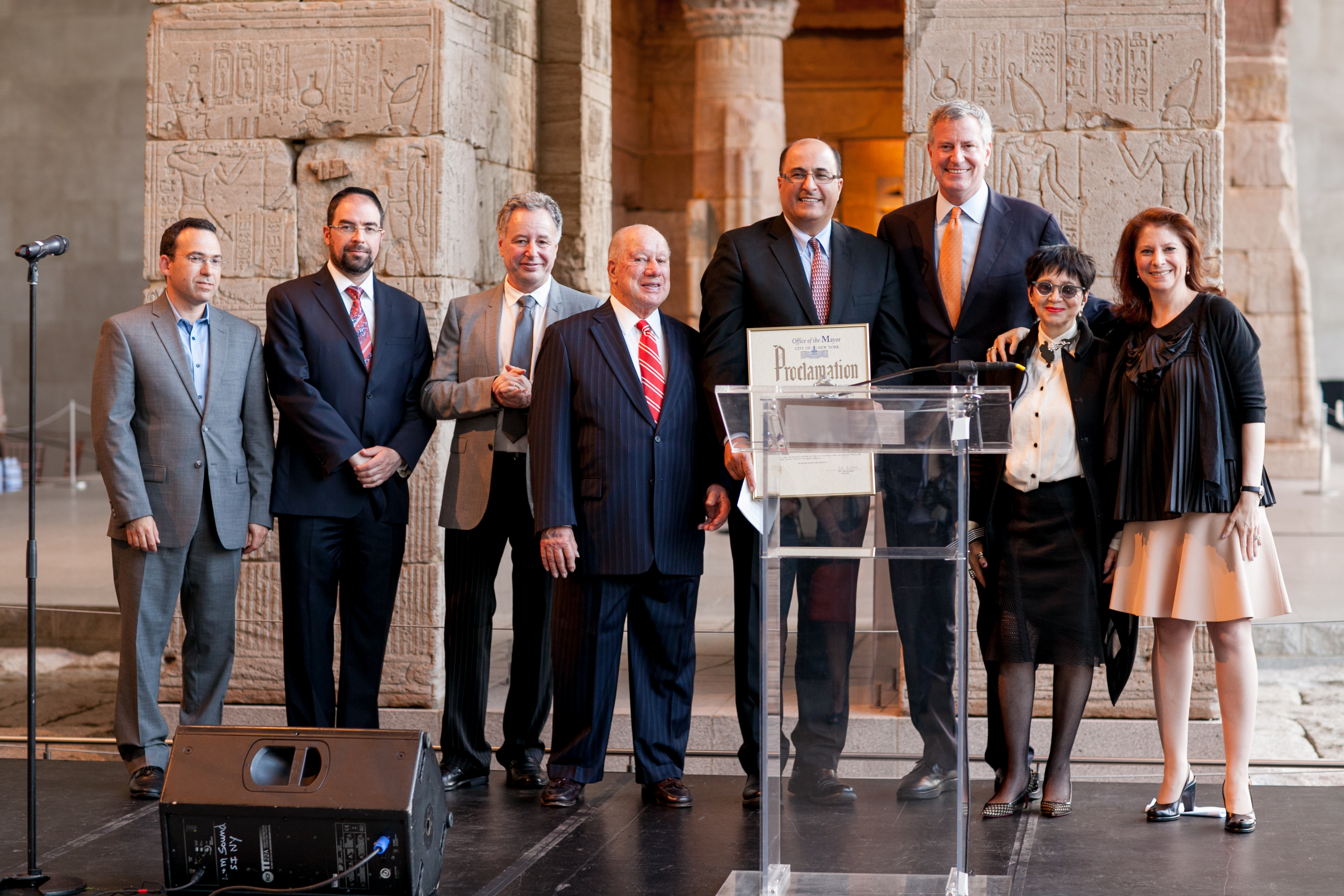 CHARLES E. SCHUMER
UNITED STATES SENATOR FOR NEW YORK
for promoting positive dialog between people and cultures, for his steadfast dedication to civil rights and freedom, and for his tireless commitment to serving Russian-American community of New York

ALEXEI RATMANSKY
ARTIST-IN-RESIDENCE
AMERICAN BALLET THEATRE
for his outstanding artistic achievements and unwavering support of the world of dance and choreography, and for becoming the first artist-in-residence in the American Ballet Theatre

DR. ALEX AND OLGA ROVT
PHILANTHROPISTS
for being ardent supporters of children’s charities and education,
for ensuring the safety and well-being of Russian-speaking and Jewish communities through their international humanitarian endeavors

HELEN YARMAK
FOUNDER AND DESIGNER
HELEN YARMAK FASHION HOUSE
for her inspiring lifelong dedication to expressing her personal creative vision through fashion, and for her commitment to innovation and artistic excellence

H.E. DR. KAIRAT UMAROV
AMBASSADOR OF KAZAHSTAN TO THE UNITED STATES
for promoting awareness of cultural heritage among the people of Kazakhstan, Russia and the United States, and for strengthening ties between the United States and Kazakhstan by co-chairing the Kazakhstan-United States Strategic Partnership Commission

DAVID HALLBERG
PRINCIPAL DANCER WITH THE BOLSHOI BALLET AND THE AMERICAN BALLET THEATER
for being the first American named a Premiere at Russia’s Bolshoi Ballet, to become a role model of a positive dialogue between cultures, people, and countries of the United States and Russia

BOAZ VAADIA
INTERNATIONALLY ACCLAIMED SCULPTOR
for exceptional contributions in promoting Bukharian heritage and culture through his artwork, and for his artistic pursuit of uniting Nature and Humanity, Stone Age and Digital Age through his expressive “bluestone” sculptures

THE RUSSIAN AMERICAN OFFICERS ASSOCIATION
in honor of its 10th Anniversary and all of its members for successfully representing the Russian-American community at over 29 NYC, NYS and Federal Law Enforcement Agencies, while ensuring the safety and well-being of all communities

KEVIN BERMEISTER
For bringing together people, cultures and counties through his philanthropic endeavors and commitment to innovation through such iconic ventures as Jerusalem Fund Management, Brilliant Digital Entertainment and Skype

VIACHESLAV FETISOV
For an unmatched career marked with Olympic Gold Medals, Stanley Cup Victories, induction into the Hockey Hall of Fame, and for building a dialogue between Russian and American people of all ages through the sport of hockey

BARRY & FRAN WEISSLER
For uniting people through one of American’s most iconic art forms, Broadway Theater, and for making history with the record breaking Tony award-winning musical Chicago – the first official musical to be staged in Russia

DASHI NAMDAKOV
For his artistic pursuit of uniting Man and Nature, past and present, East and West through his expressive sculptures and captivating jewelry art

H.E. MRS. BYRGANYM AITIMOVA
Permanent Representative of the Republic of Kazakhstan to the United Nations

back to the top